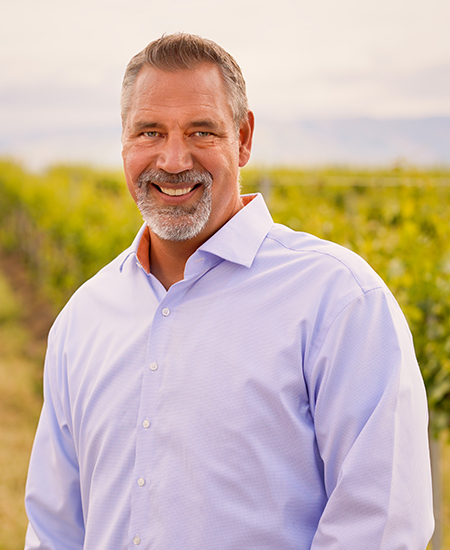 A native of eastern Washington, Managing Partner Dan Thiessen was raised on a cattle ranch in Asotin, 2 hours east of Walla Walla. As a graduate of the Culinary Institute of America, his 25 year career has included kitchens in Switzerland, Aspen, Coeur d’ Alene, Seattle and Walla Walla.  In 2018, Dan partnered with Paul Mackay and Philip Christofides to open Walla Walla Steak Co. and Crossbuck Brewing in the historic Walla Walla train depot, and recently announced plans for a new location set to open in Woodinville in 2022.  Dan and a team of partners purchased Basel Cellars Estate in 2020 and will continue to operate the iconic property as an exceptional wine country lodging and event location, while developing plans for further expansion.  Dan and his wife Melissa are the proud parents of three sons and are active in the Walla Walla community, as well as operating the Asotin cattle ranch and their own farm and vineyard in Walla Walla. 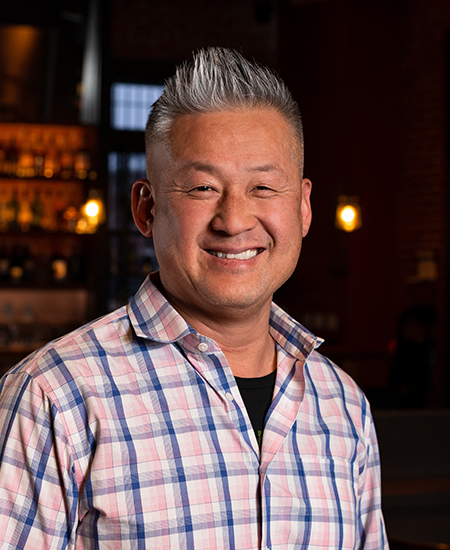 Jim has built his career in the hospitality industry with a focus on creating a culture where people feel welcome and can come in and celebrate. That guest-focused perspective is what brought him to Walla Walla Steak Co. at the very beginning and is how he has contributed to its success. Prior to joining the company, Jim owned and operated a steak and seafood restaurant in Steamboat Springs, CO and then moved to Bend, OR where he served as general manager of the Bos Taurus steakhouse. Jim and his wife, Emily and their daughter Zoe enjoy time in the mountains fly fishing, skiing, and biking. 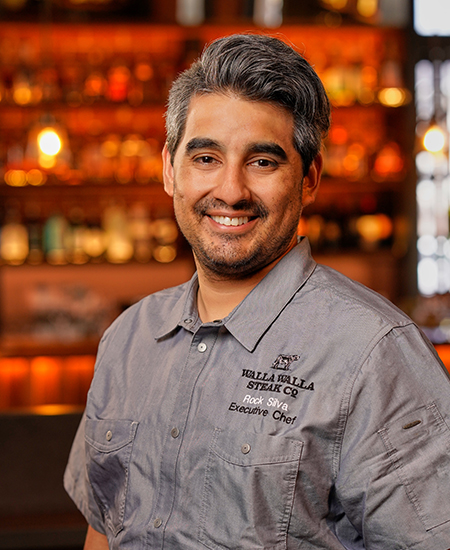 Walla Walla native Rock Silva’s hunger for all things food have taken him near and far, from kitchens in Seattle to Australia. After culinary school, Rock pushed himself to work with the industry’s leaders including Jason Wilson, Michael Mina, Ethan Stowell and Brian Clevenger. Rock hopes to share his passion for hospitality with others through his enthusiastic and honest approach. Rock shares his belief that food is the single greatest element to any great party. He believes in simple food done right, with integrity, thought, and a good knob of butter.

Rock resides in Walla Walla with his wife, Amanda, and their two sons. On his days off, you can find him spending time with his family and friends, BBQing, watching sports and playing golf. Some of his favorite foods include tacos, noodles of all kinds, and anything to satisfy his sweet tooth. 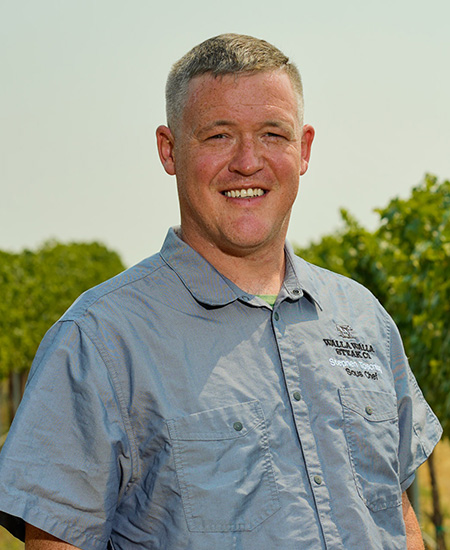 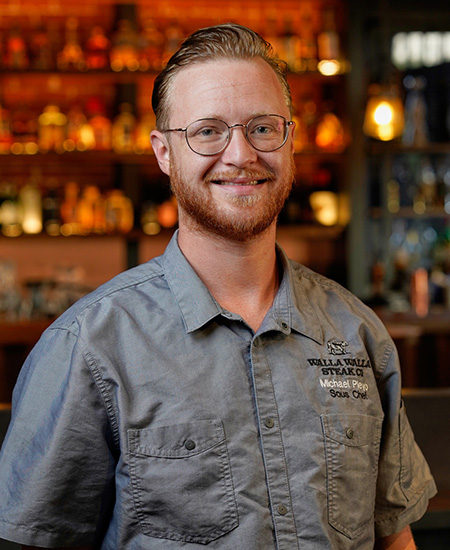 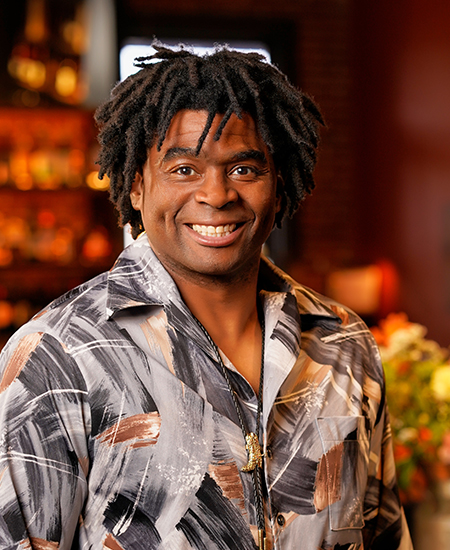 “Let the good times roll” is a fitting motto for restaurant manager D Yasin. He describes himself as a cook turned sommelier, with a passion for all things related to hospitality. D graduated from Le Cordon Bleu’s Hospitality and Restaurant Management program, and is a certified sommelier, bartender, and beer server, and a WSET level 1 wine steward. D joins Walla Walla Steak Co. after working for Norwegian Cruise lines since 2005 in a variety of roles including Maître ‘d, chef de partie, and head wine steward.

D was born and raised in the Bay Area and is best known for his high energy and positivity. He loves entertaining and making people happy and comfortable. When he is not welcoming guests and mentoring his team, D enjoys dancing, being a DJ, craft brewing, making cocktails, and of course, hosting parties. 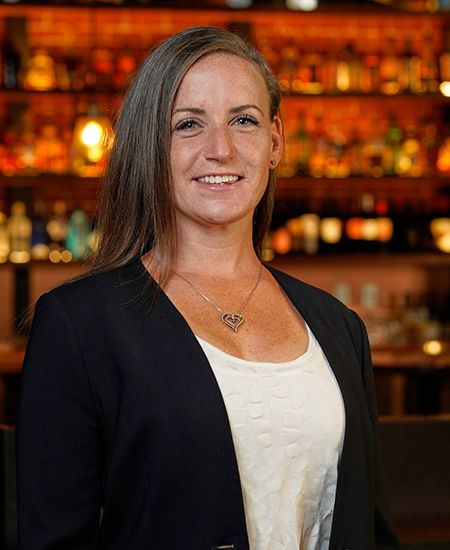 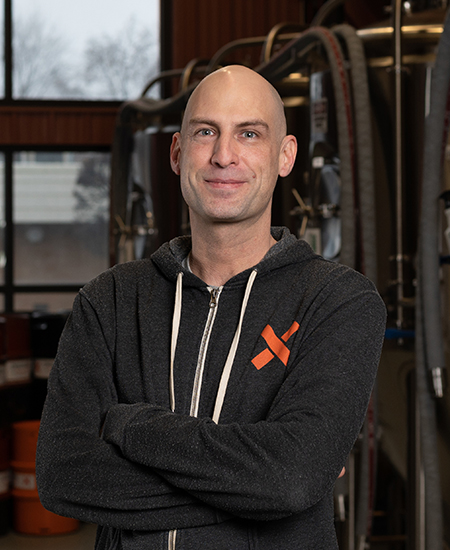 Born in Pullman, Crossbuck Brewing head brewer Nate Sherrod has lived all over Washington State, including Waitsburg, Clallam Bay, Cheney, Tumwater, Walla Walla and Seattle. He graduated from the University of Washington with a degree in Forest Resources focused on Environmental Horticulture & Urban Forestry.  He has spent much of his career in the hospitality industry, including as a server and bartender at Whitehouse Crawford and Walla Walla Steak Co. but has always had an interest in wine and beer production and looked for every opportunity to gain experience with both, gained experience in making both at Walla Walla Brewers, Buty Winery, and others.

Nate joined the company in February 2019 working in both the brewery and dining room and eventually took over as head brewer in 2020. He would like to continue to increase production and expand production as the company grows.

He is also known for being a bit of an environmentalist and has installed solar panels on his home and drives an electric car. His love of the outdoors includes time spent hiking, camping and skiing.